Scott Granger, a cornet player from the Training Band and a pupil from St John’s, Marlborough, represented Phoenix Brass at the Remembrance Church Service at The Duchess of Somerset Hospital in Froxfield on Remembrance Sunday. 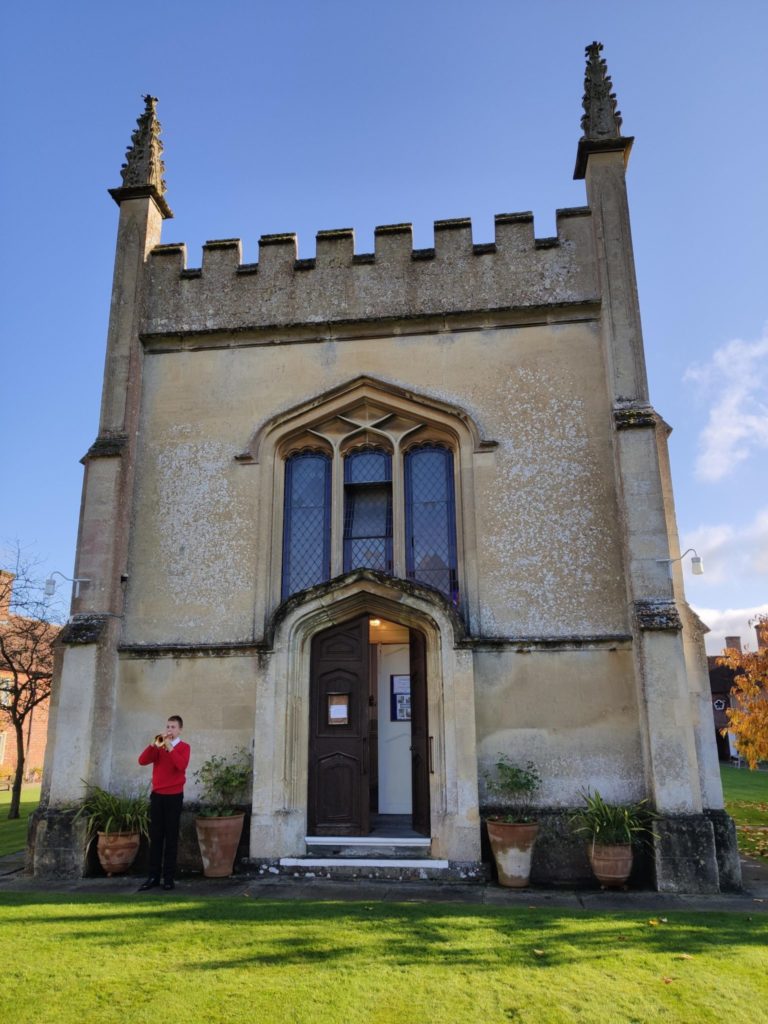 During the service, held in the Gothic style Chapel surrounded by the small terraced cottages built around the quadrangle, Scott played the Last Post. Afterwards, the residents and congregation extended their thanks to Scott, with one resident putting pen to paper to express her appreciation. 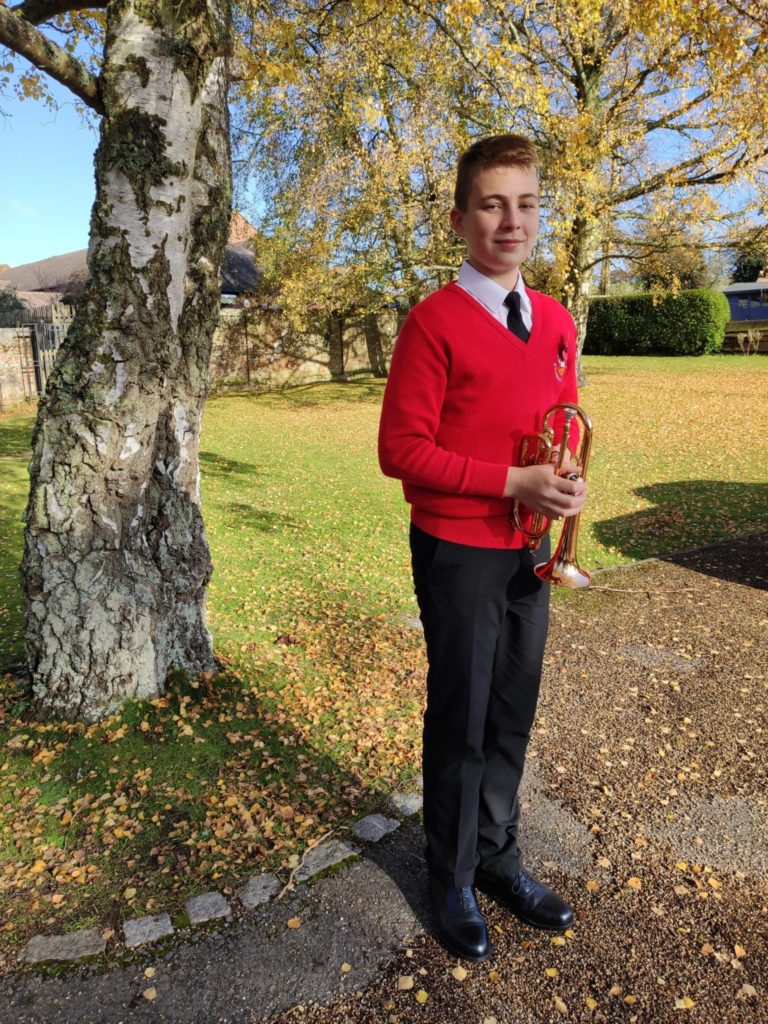